Everything you thought you knew about squatting and deadlifting is wrong! 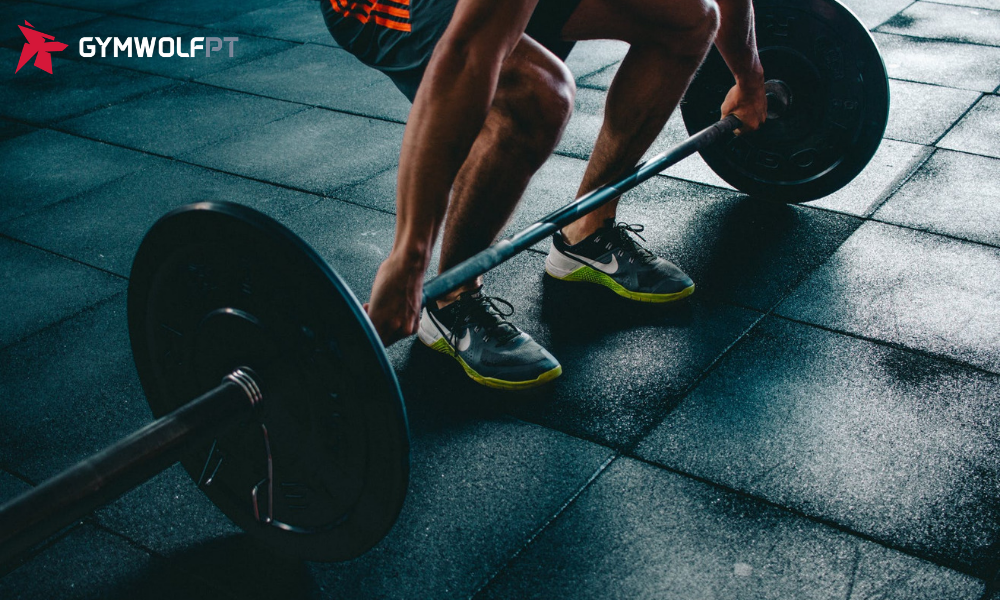 The digital era has brought a fresh air of fitness curiosity.

People no longer accept the fact as what they read or hear, but rather what they can understand and read/see for themselves.

The fitness industry has, in recent times, been scrutinised for its unethical behaviour, and willingness to scam people in a bid to make a quick buck.

The result of all this messing has been the distribution of misinformation and “Bro-science”, but also the newfound hunger of fitness lovers alike, to seek out their own answers.

Subsequently, fitness YouTube channels and blogs have exploded in popularity.

In fact, the fitness industry as a whole has skyrocketed its net worth.

Anyway, one of the biggest fitness porky pies out there is that squats and deadlifts are bad for you.

They will injure you and cause you to develop joint and back pain.

They’ll even make you lose control of your bowel, and nobody wants to be turned into a gym meme!

But the reality is, squats and deadlifts are amazing exercises we all stand to benefit from performing. They will make us bigger, stronger and generally just more athletic.

The purpose of this post will be to address some of the most commonly asked questions people have in regards to squatting and deadlifting.

Can I squat and deadlift on the same day?

Yes, you absolutely can squat and deadlift on the same day.

The most ridiculous gym myth ever created is that squats and deadlifts are bad for you, but the idea that you cannot perform such lifts on the same day is a close second.

For instance, Jonny Candito is a highly successful and extremely well-respected powerlifter.

He created a free program a few years back, and in that program, he prescribed squatting and deadlifting on the same day. I know! Bonkers, right?

Anyway, a popular niche powerlifting site called Powerlifting To Win reviewed his program and found it to be “solid” overall.

The point being, these guys know their stuff and they don’t see anything wrong with squatting and deadlifting on the same day.

And if they don’t see anything wrong with it, neither should you!

What about on consecutive days?

Squatting and deadlifting on consecutive days has caused a great deal of controversy.

Like performing both exercises on the same day, people have mixed emotions when it comes to doing squats and deadlifts on back to back days.

There’s a large consensus out there that both exercises work similar muscles, and so it’s best to leave a day between performing them, so the muscles will have time to recover.

While that probably is a smart approach, most lifters can perform squats and deadlifts on back to back days.

In some cases, it may even be advisable, especially in the instance of advanced lifers.

Performing fifty reps of squats over two separate leg sessions during the week is far easier than doing all those squats during a single session.

Squat before or after deadlifts?

Whether you squat before or after you deadlift, should depend on a few things:

If you’re trying to improve your squat then you should squat first. You’ll be fresher and therefore, able to concentrate more of your energy and focus on improving that lift.

People who are not good at deadlifting should deadlift first, and then squat.

Again, this comes down to focus and fatigue.

The more tired you are, the more likely your form is to breakdown.

Be extremely careful about deadlifting before squatting. Deadlifts will fatigue your back, and putting a heavy-weight on a tired body is a recipe for disaster.

Do not even dream of squatting and deadlifting at a high volume and intensity on the same day.

Always use submaximal loads when performing both exercises on the same day, so that you don’t hurt yourself. (Submaximal means using a weight that you won’t fail with on any given day.)

How many times a week should I squat and deadlift?

This sort of question should be entirely tailored to you and your needs. Try asking yourself the following questions:

Should I be able to squat and deadlift the same weight?

Normally, no you shouldn’t be able to squat and deadlift the same weight.

Most people if not all, can deadlift more than they can squat.

Of course, there are exceptions to every rule and I’m sure there are some gym-goers out there who’s anthropometry is better suited to squatting than deadlifting, which allows them to squat more than they deadlift.

But as a rule of thumb, people can deadlift more than they can squat. 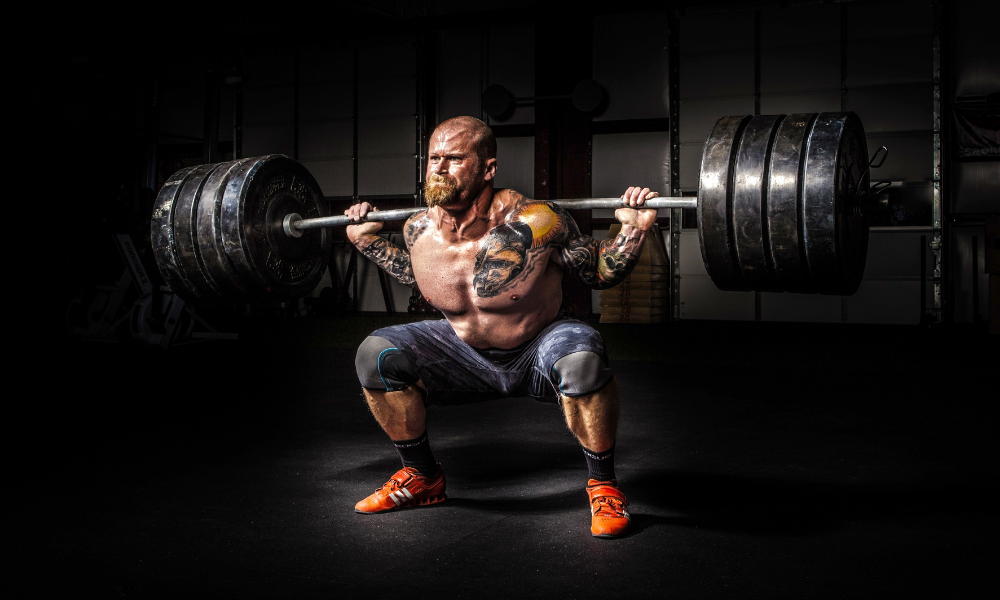 Why squats and deadlifts are so important

Moving heavy objects used to be a thing people frowned upon.

Lift at the knees, don’t use your back, etc.

But in recent times, attitudes have begun to change.

People are now beginning to open up to the fact resistance training improves bone density, strengthens joints and makes the body more resilient to wear and tear.

At the heart of any strength training routine, the squat and deadlift are a great option for the following reasons:

1. They spike the production of anabolic substances within the body, such as growth hormone and testosterone.

2. They work multiple muscles all at once, so you’re doing more in less time.

3. They’re easy to progressively overload. Progressive Overload has been proven to be an effective method of building size and strength.

Which is better for me?

Picking which exercise is better for you is like picking a school or picking a sports team to join.

You don’t just decide, but rather make an educated choice based on preference and what it is that you’re hoping to get out of it.

If you’re looking to get a bigger back, then you should perform deadlifts.

If your aim is to get a thicker pair of legs and glutes, then you should squat.

If you want to become a powerlifter, then you should do both. 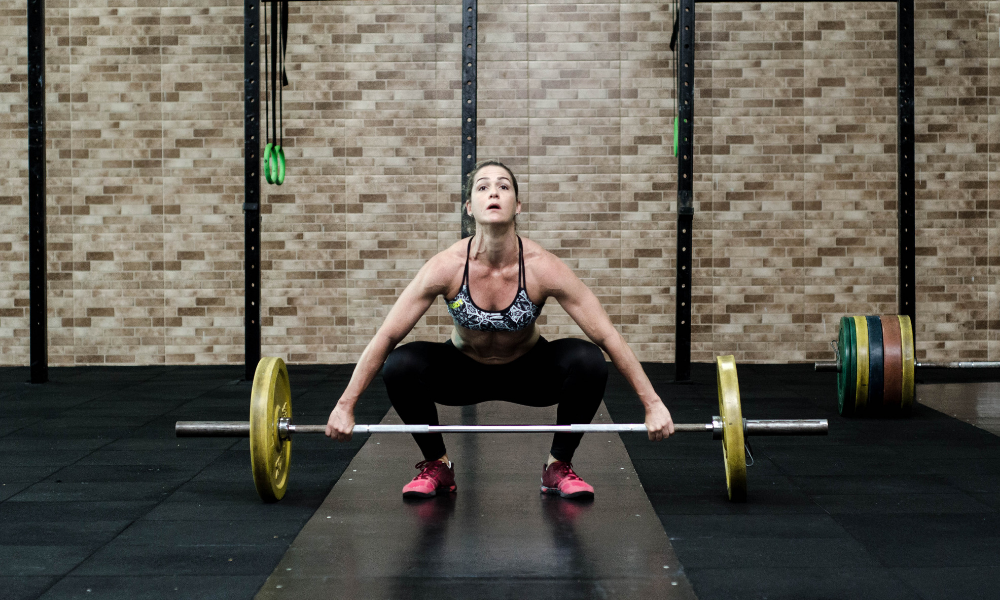 If you’re trying to become faster, more explosive, etc. as a track or field athlete, then the squat is a great choice.

But, please do not expect results.

Always remember that you’ve got to earn them.

If you want to receive educated training from a fitness qualified professional – Click here.

This ‘guest post’ was superbly written by GymWolfPT ‘friend’ Eoin Cunningham. Eoin is a freelance writer and lifelong fitness enthusiast. He aims to help people learn more about fitness by writing about his passion.

The ‘Rights & Wrongs’ Of The January Fitness Journey!

Will the cost of living crisis also cost you your fitness?