“A Leopard Can’t Change Its Spots”………And how believing this idiom will cripple your potential!

Humans utilise a whole range of idioms to label events, actions and behaviours….

From “stabbed in the back”  to “go cold turkey” – these word collections often generate a strong intent from those who speak them, and sometimes an even greater impact on those whose ears they penetrate.

The one which fascinates me most, and also creates an element of sadness within me, is “a leopard can’t change its spots”.

This phrase is rarely used in a kind or loving way, rather in a way to describe a person who has done something wrong, let people down or committed an act of betrayal.

You know the occasions I’m talking about, don’t you?

Whilst using such words at times when we are hurting, angry or upset is perhaps OK and justified, the real problem occurs when we ACTUALLY believe it, and worse still, the person who it’s aimed at BELIEVES it!

By labelling ourselves in a negative way we severely limit our potential for the future.

Once someone believes they are what they are labelled, by themselves or others, it can often become a spiralling journey to destruction.

….if you are told these things over and over again, and let them take control of your mindset and define who you are, it can lead to the creation of invisible barriers which can hold you prisoner for your entire life!

You see…the way life works is not simply that if we wish for change, or want change, it will happen!

Now, I’m not saying that when you make mistakes, do bad things or f#ck up, you should obliviously go about things as if nothing has happened – ABSOLUTELY NOT!

You MUST take responsibility, take your punishment, take the shot of pain – but also learn a lesson and move on, and not live in the mistake for eternity!

You are NOT your past, and you do not even need to be who you currently are!

You are not all the times you’ve been drunk…

You are not all the times you gave up…

You are not all the times you let people down…

You are not all the times you behaved badly…

As Joe Rogan so elegantly states “you need to be the hero of your own story”.

No matter how bad things have been, or currently are, you can be the ‘hero’ who wakes up today and takes all the mistakes, the self-imposed labels, the heartache you have caused….and smashes them into a million pieces – never to be ‘replayed’ in your mind or life again!

And, if you know people who are stuck in such a self-destructive cycle, please don’t re-enforce their limiting beliefs with further condemnation, mockery or sentences referring to spotted animals!

Often a little bit of encouragement can start to chip away at the barriers this person may have erected.

A leopard may not be able to change its spots, but you are NOT a leopard – you are a human being and you have total control over what you change and what you keep the same.

Be the hero of your story.

I’d love to hear your thoughts on this blog. 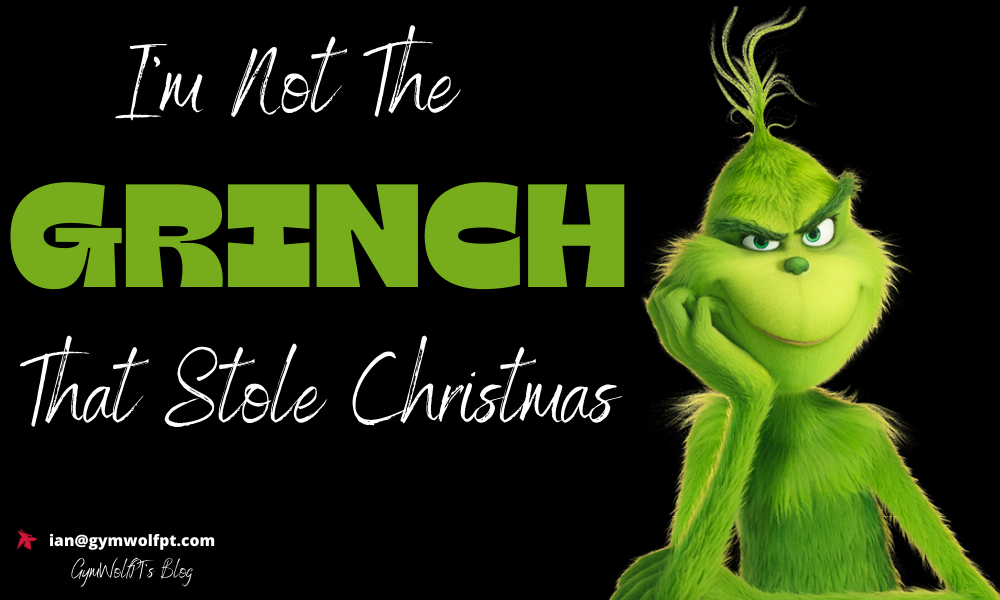 I’m Not The Grinch Who Stole Christmas!

14 Short Lessons I Intend To Teach My Children…